I have lost count of the number of dead bodies I have seen.

I have fought with drunks, wrestled thieves to the ground, almost been stabbed by a knife-wielding burglar on the run and I’ve experienced the adrenalin rush from many a high-speed chase.

On a number of occasions, I have also experienced the flight or fight sensation, especially when I was working undercover buying drugs from dealers.

That was my past career. Now I spend my days revisiting those scenes, still firmly handcuffed inside my head and writing about them.

I have written stories for as long as I can remember. In fact, that journey began whilst at primary school, creating adventure tales, emulating my then favourite author Enid Blyton.

In my teenage years, I progressed into horror, and science fiction, and then at the age of fifteen, I discovered the 87th Precinct books by Ed McBain. This became a turning point in my chosen genre, both to read as well as write.

When I joined the police I began jotting down my experiences, crafting incidents I had been involved in into storylines. As my career developed so did my plots, especially when I became a detective.

My first experience as a published author was in 1993 when Wharnecliffe Press of Barnsley offered me my first contract for a series of nostalgic stories about growing up in my home town of Mexborough. ‘Legacy of our Backings’ and the follow-up book, ‘No More Kick-Can and Cobbles’ were a success.

In 2006 I retired from the police following 32 years service. Behind me, I had a folder full of rich crime material to draw upon. With no more distractions, I began the journey of writing that crime novel I had always promised myself.

The first draft was completed within 18 months. Then I spent another year tightening the prose and in 2010 I began submitting the manuscript. After only a few rejections I was offered a publishing contract and in 2012 my first DS Hunter Kerr novel, ‘Heart of the Demon’ was released, together with the follow-up novel, ‘Cold Death’. 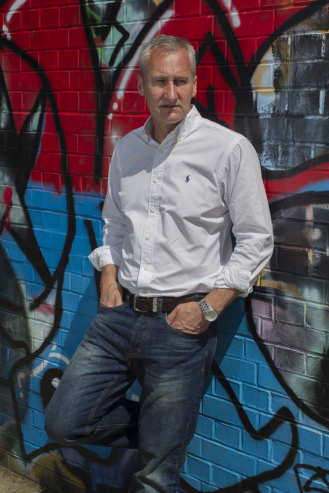